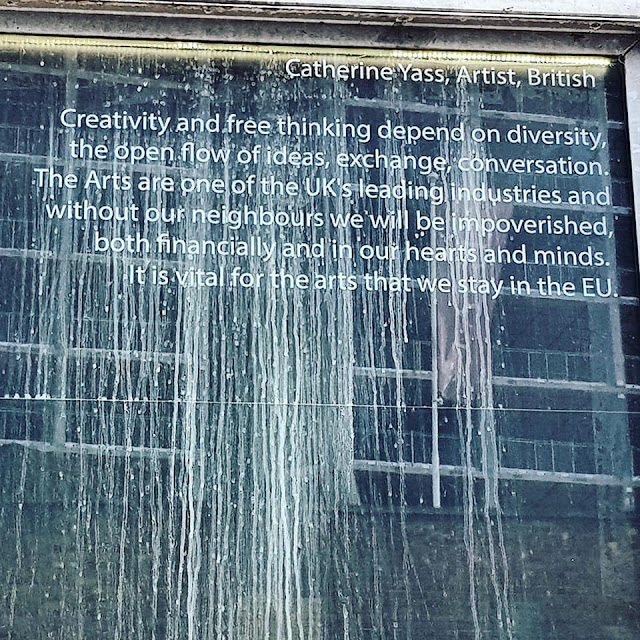 Uncertain Subjects situates itself between mail-art project, exhibition, and campaign in defense of what many of us considered a basic human right: The freedom to live and work anywhere within the European Union.  Uta Kögelsberger
I chanced upon these billboards in London when I was visiting last week and found them moving, poignant and refreshingly honest and human and I also liked the way they reflected London on their surface, with the runoff from the walls and the reflected buildings on the perspex protection. 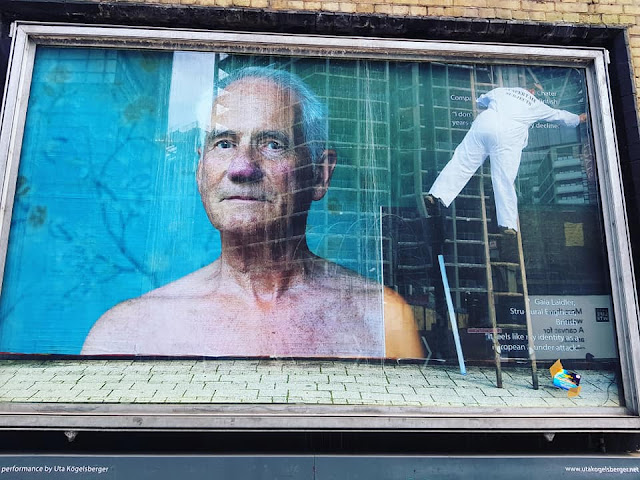 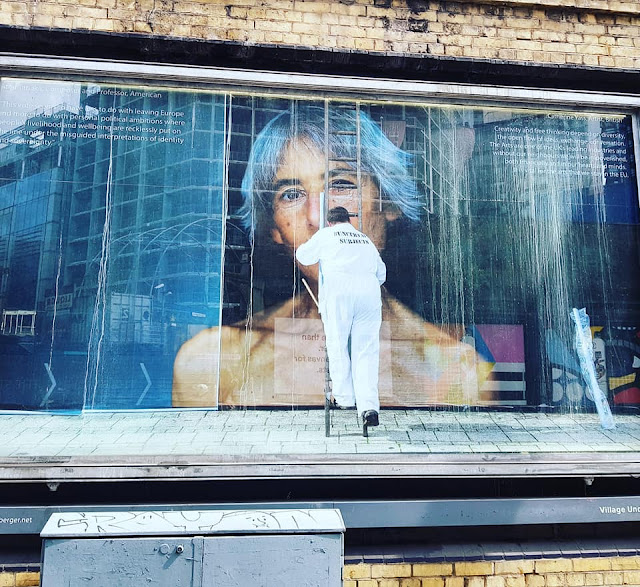 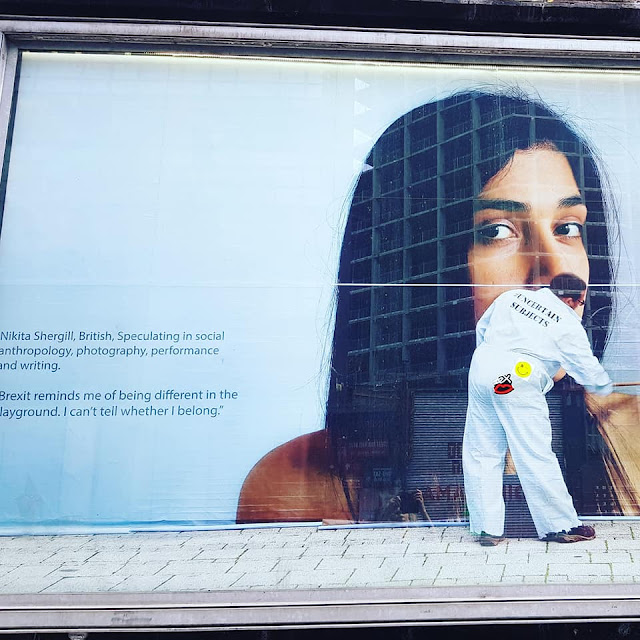 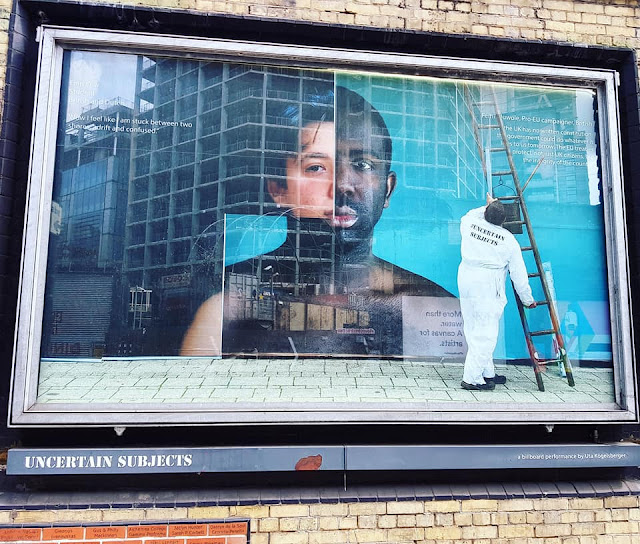 "Uncertain Subjects Part II situates itself between photographic document, performance and a work of activism. In a 7 hour performance a single billboard was constantly covered and recovered with new billboards: Head and bare shoulder portraits of people who – in the face of Brexit – feel this country no longer represents their best interest, people who feel like they have become alienated within their own country and many whom have decided to move out of the UK. The work gives a voice to those who feel they have been silenced by the failing democratic processes. It brings a personal lived experience back into the conversations surrounding Brexit." Uta Kögelsberger