Will and Nicolas I 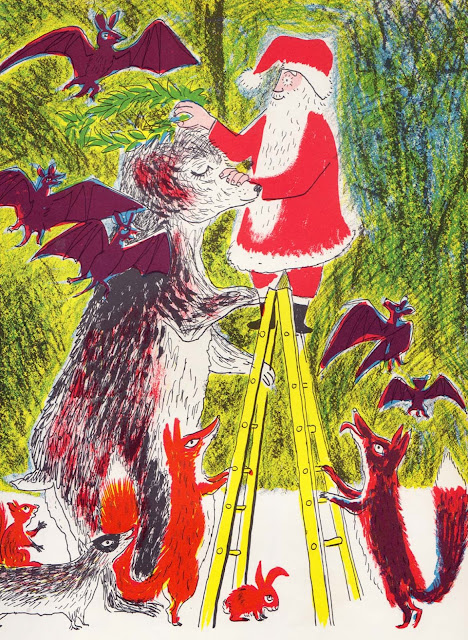 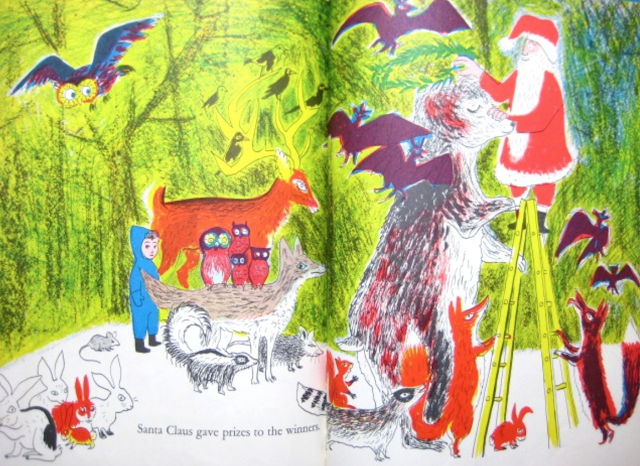 These illustrations are from 'The Christmas Bunny' by Will and Nicolas 1953. William Lipkind (1904-1974) was an anthropologist, and Nicolas Mordvinoff (1912-1973), a Russian artist born in St Petersburg who trained in Paris under  Fernand Leger and Amedee Ozenfant. In the 1930's he lived in the French Pacific island of Mangareva before settling in New York in 1946. Nicolas and William met through Williams wife and shortly after began creating children's books together.
In this Christmas story, the illustrations are joyously bright the pictures are full of a gentle kindness that reminds me of Roger Duvoisin's works.

Sometimes researching the lives of artists in this blog is heartbreaking, and this is one of those times, as Nicolas committed suicide in 1973 at 61 years of age leaving his wife and two sons. So sad that someone who created such joy and happiness through his work should die in such a tragic way. 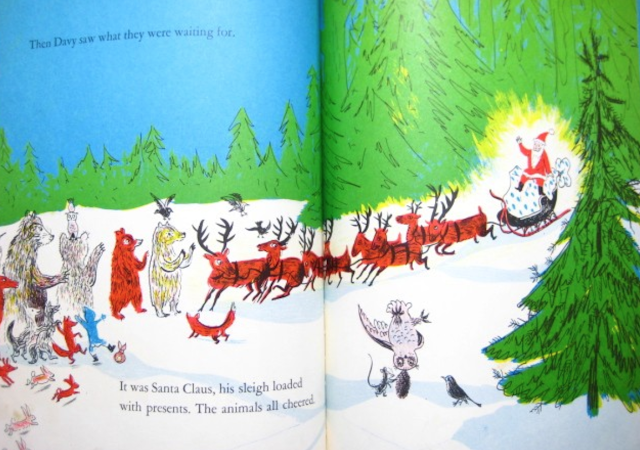 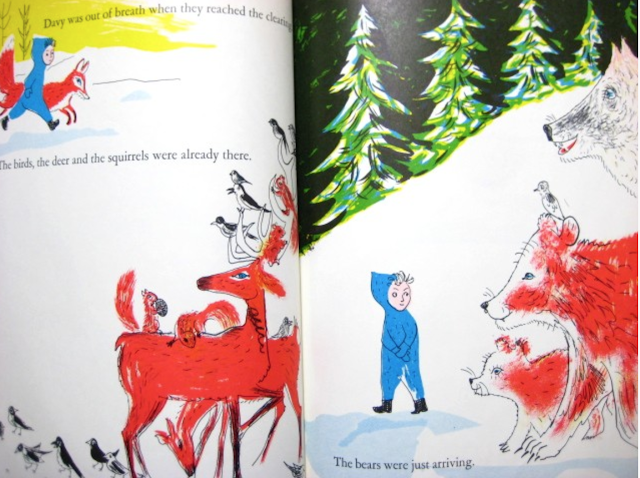 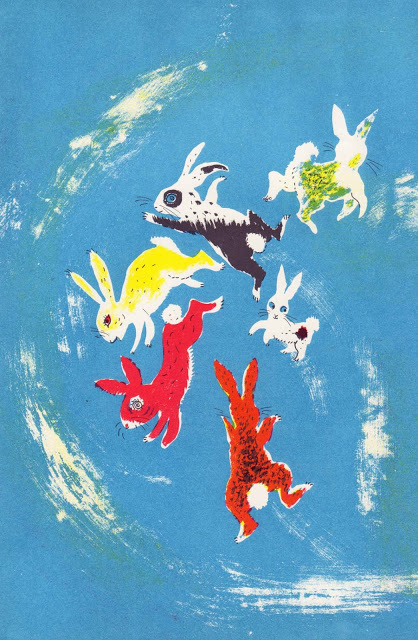