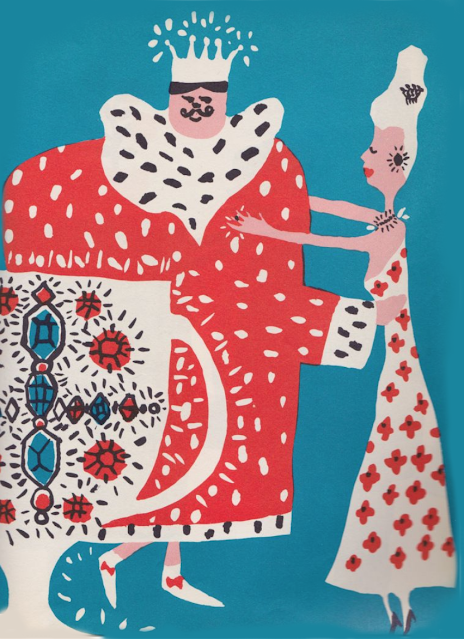 'The New Nutcracker Suite and Other Innocent Verses' by Ogden Nash with illustration by Ivan Chermayeff (1932-2017). Published by Little, Brown, and Company in 1962.
Ivan Chermayeff was born in London, the son of Russian born, British architect Serge Chermayeff. At 8 years old he moved with his family to America. At 18 he Graduated from the Phillips Academy of Andover, Massachusetts, he then went on to study at Harvard until 1952, the Institute of Design (New Bauhaus) until 1954 and the Yale School of Arts and Architecture in 1955. Within a year he founded the design studio Chermayeff & Geismar in New York with his former schoolmate; Tom Geismar and Robert Brownjohn. Chermayeff & Geismar was to be a world-leading design studio, designing over 600 trademarks, some of which are still in use today.
Ivan Chermayeff was also a fantastic illustrator and collagist whose mentor was Paul Rand. 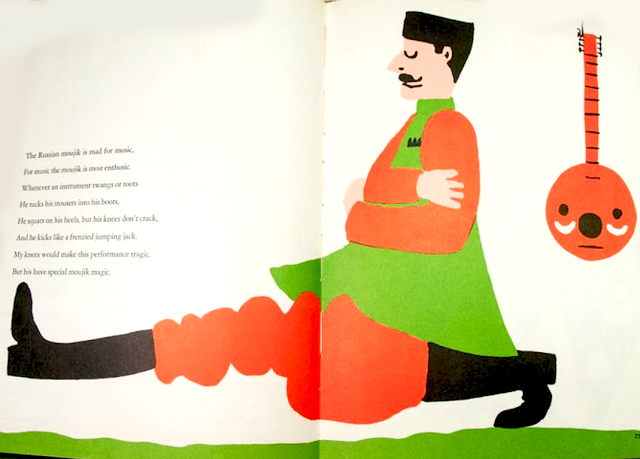 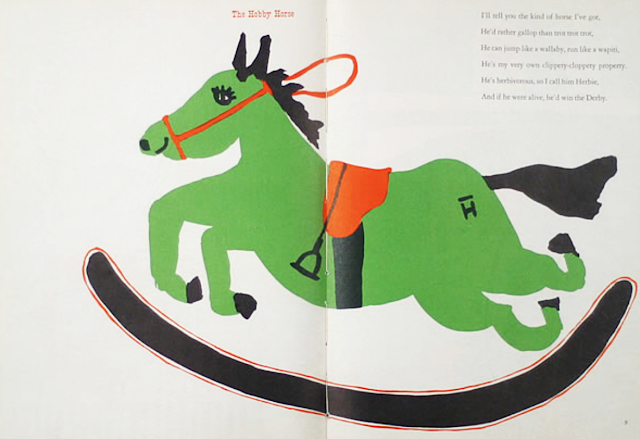 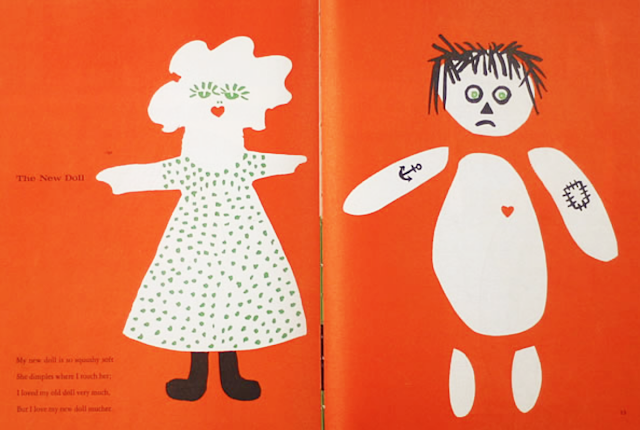 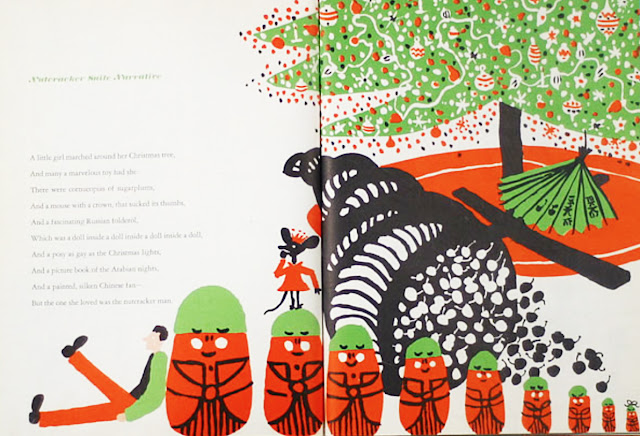 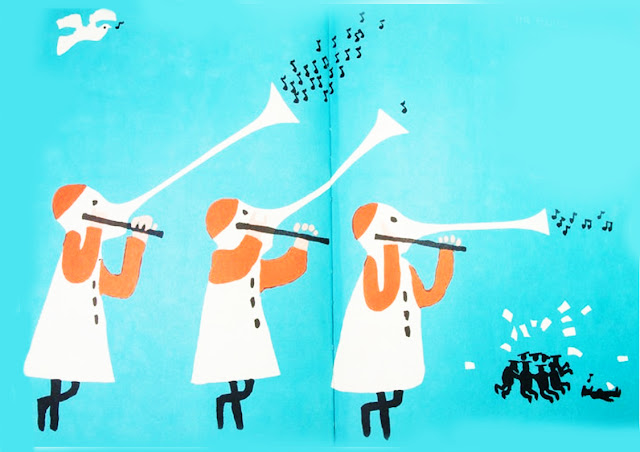 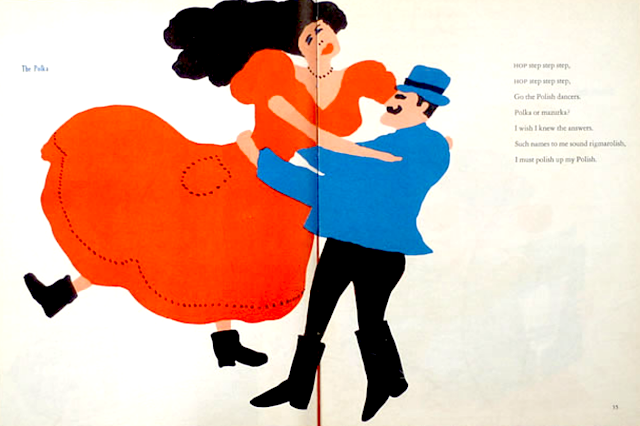