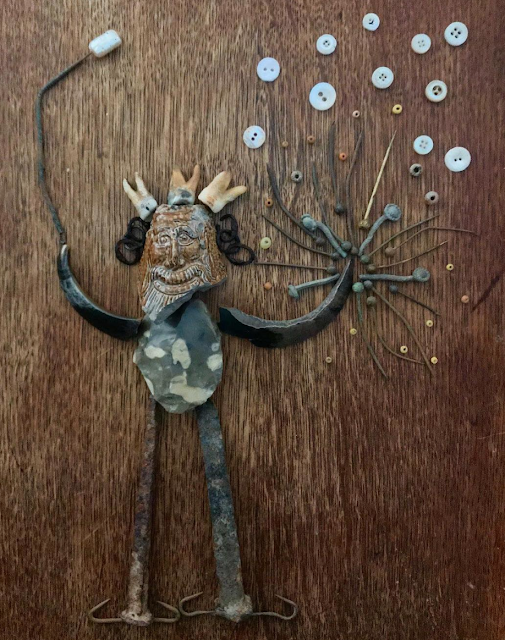 Lara Maiklem has been collaging some of her amazing finds, above is Jack Frost. 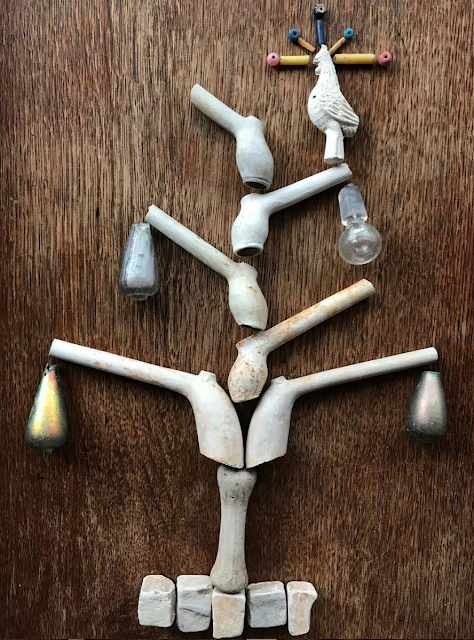 Above: A partridge in a pear tree.

"My pear tree is made up of 17th and 18th century clay pipes; its trunk is a late 17th century wig curler; the ground is Roman mosaic (tesserae) pieces,;the pears are 16th century glass goblet stems and a modern glass stopper; the 'partridge' is a 17th century pipe clay 'fairing' (a cheap child's toy sold at fairs), it has a halo of beads - cane trade beads (c.17th century), a chevron trade bead (c.16th century), two coral beads and blue glass beads." Lara Maiklem 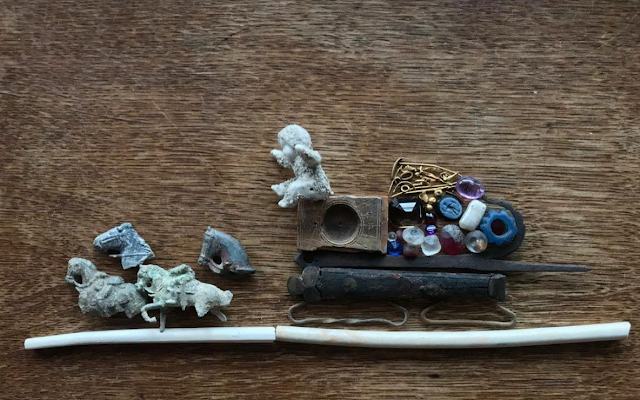 "The sleigh driver is a mid-century (or earlier) snow baby and his sleigh is being pulled by a collection of broken toy lead horses. The sleigh is made up of a betty lamp hook (c.19th century) a medieval knife handle, two Tudor cloak hooks and an early 17th-century bone pocket sundial. His booty includes scraps of gold, semi-precious stones, glass (paste) jewels, a Roman ring intaglio, a Roman melon bead and a pearl bead - all found by eye on the Thames foreshore." Lara Maiklem